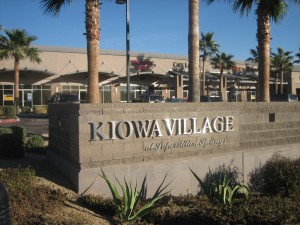 Mesa – AT Kinetic Kiowa AZ, LLC a venture between Kinetic Companies (Joel Moyes, Jeff Hawke Principals) and Arciterra both of Phoenix, paid $3.1 million ($67.93 per foot) to buy a 46,595-square-foot retail building located at 2235 S. Power Road in Mesa. The Seller was Kizer 5, LLC out of New Mexico (William Kizer, Principal). The seller was represented by Jeff Murtaugh of Northpoint Asset Management in Tucson. The buyer was represented by Nick Miner, CCIM of Commercial Properties Inc. in Phoenix. The previous owner lost the asset through foreclosure. The center was 41% occupied at the time of close. The center, called Kiowa Village, was built in 2006. Kinetic is looking for additional income-producing real estate assets in the valley.