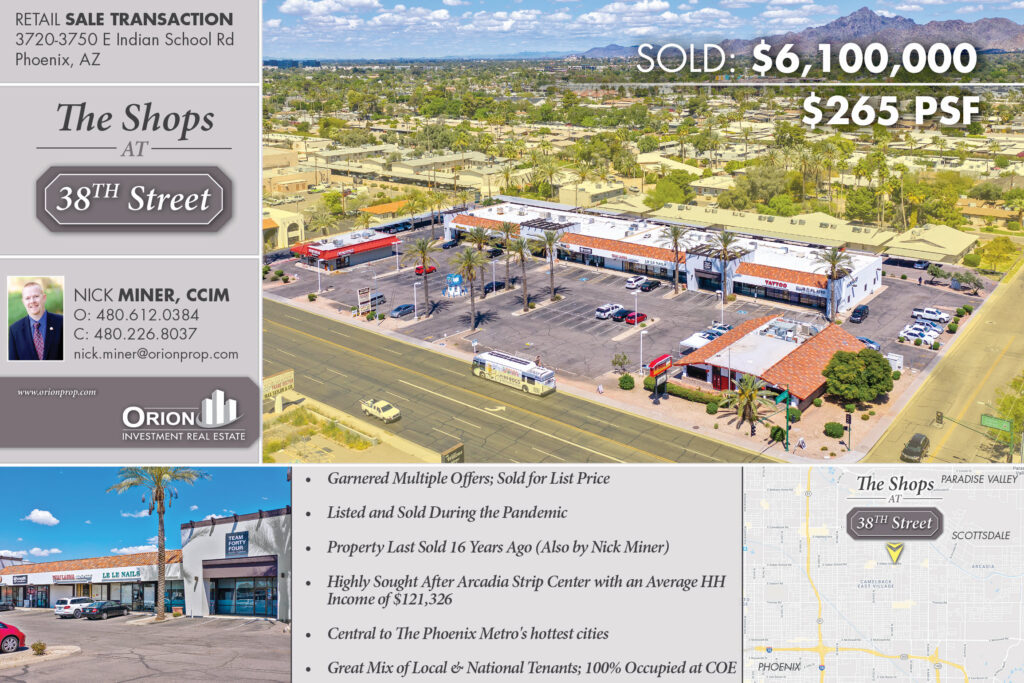 Phoenix – The Shops at 38th Street, a fully-occupied Arcadia Shopping Center, was sold this week for $6,100,000 or $265 per square foot. Nick Miner, CCIM of ORION Investment Real Estate represented the Seller Richard Oliver, who he also helped acquire the same property in 2004. The Buyer was Alturas … END_OF_DOCUMENT_TOKEN_TO_BE_REPLACED

Like previous years, it is always fun to do a quick bullet point recap for those that were not able to attend. Here I go: Jerry Colangelo presenting the Jerry Colangelo Impact Award - The award is "For the individual that has demonstrated Extraordinary Real Estate Accomplishments and … END_OF_DOCUMENT_TOKEN_TO_BE_REPLACED 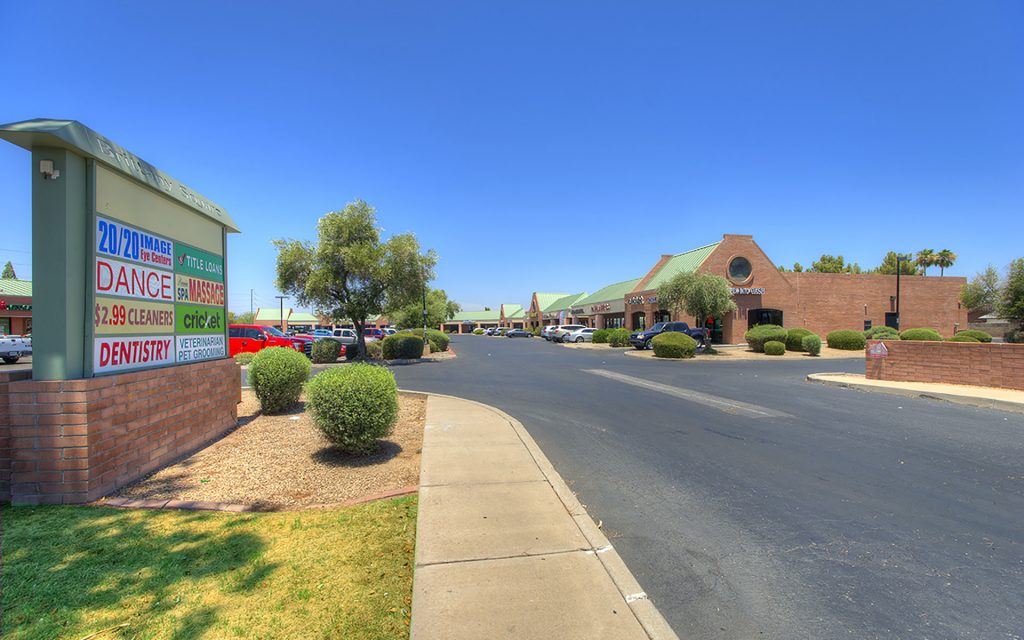 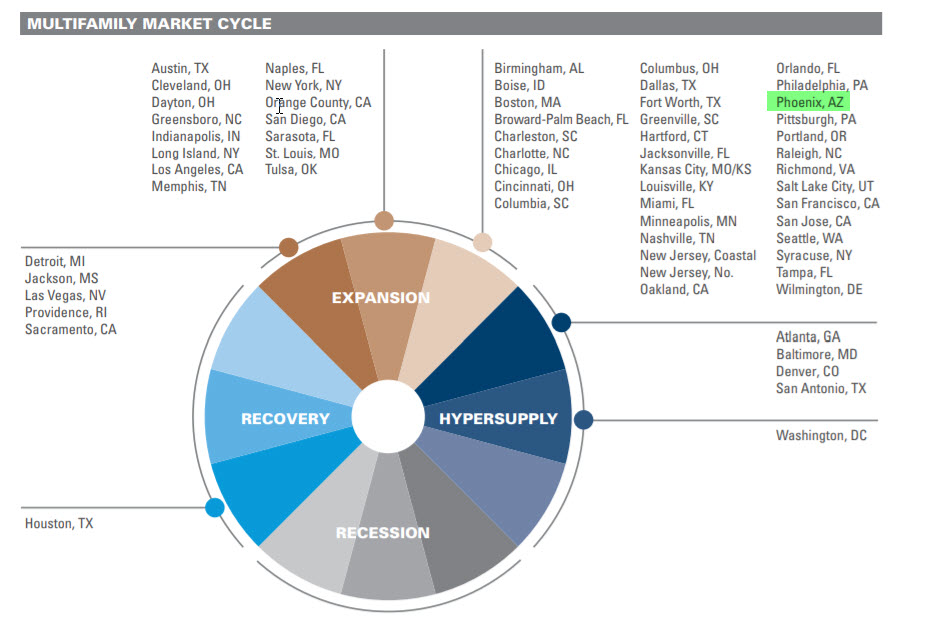 IRR (Integra Realty Resources) just released their 2018 Viewpoint report.  They always provide a great high level of the general markets in which they analyze.  It is a very helpful for investors to get a quick gauge on the overall cycle in which each product type is currently in.  Here are the … END_OF_DOCUMENT_TOKEN_TO_BE_REPLACED

Recently, I attended the ISS World Expo conference in Vegas. This was my first time at this event to learn a little about the self-storage product type. The overall layout of the conference and education sessions were well thought out. It allowed for me to pick a track of education to really get a … END_OF_DOCUMENT_TOKEN_TO_BE_REPLACED